Earnest Money: What is it, and why is it important?

In Merriam-Webster’s online dictionary, the third definition under the earnest entry is “something of value given by a buyer to a seller to bind a bargain”. At Highland Title + Escrow, we are earnest (first definition in the entry) title professionals, and this post will shed light on the importance of earnest money. 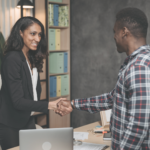 Earnest money is given at the time of the ratification of the contract. It’s essentially money that the buyer puts in escrow to show their interest in the property. It’s money the buyer puts at risk meaning, “I am making an offer on your house, and here is proof of my intent.” That money is held in an escrow account, and the seller may have a claim to that money if the deal falls through. However, if the deal is closed, the money is credited to the buyer at settlement.

The earnest money deposit essentially ensures that the buyer doesn’t just walk away from the transaction, but how is the amount determined? There isn’t a great, straightforward answer to that question. It typically depends on the price of the home and what is happening in the market.

The amount of earnest money offered can make a buyer’s offer more attractive to a seller. We are coming out of a seller’s market where many offers were being made on single properties. If more than one buyer was interested, but one buyer made an offer of $1,000 in earnest money versus a $10,000 offer, it would make more sense for the seller to accept the contract with the larger earnest money deposit . The bigger the earnest money, the more serious a buyer seems. Of course, the buyer would like to put as little of their money at risk.  If the market is more of a buyer market, then the buyer may want to offer a smaller earnest money deposit. 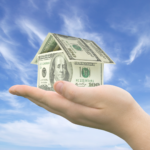 It should be noted that if the contract is voided, the earnest money returns to the buyer. For example, if the home  inspection brings up issues regarding the safety of the home, and the buyer changes his mind in regards to the purchase, that contract could be voided based on the results of the home inspection, and the money is returned to the buyer.

Any questions regarding earnest money? Please reach out to us at (703) 723-3300, or click here. We look forward to partnering with you on your next settlement.